Feeling A Bit Off Today

Sometimes, I am not happy.  Yeah, who isn't sometimes?   But "unhappy" doesn't mean "miserable" either.  Maybe unsatisfied is the better term.

I don't watch the "usual" TV shows.  No sitcoms for a couple decades (the sad exploits of the characters came to depress me and they are start back at square one the next episode, having learned nothing).  Never watched a reality show or a dramatic soap.  Shows about aliens or weird places on Earth (that always turn out to be fake) make me annoyed.

So, I watch 6 kinds of shows (which seem like a lot, but they aren't...  Sports occasionally; the local teams.  I don't watch sports for the sport (I don't even watch the Superbowl), but I have a relatively meaningless interest in a couple of college and professional teams.  I actually have no idea why.  Serious science and history; they often explain new findings or dramatize actual historical events in new ways.  Political commentary like MSNBC and CNN and Bill Maher for discussion of real news events.  Actual animated comedy shows; not cartoons (though I used to) but well-drawn plot-oriented animation with a good touch of satire and sarcasm.  Stuff like Futurama, Archer, Cowboy Beebop, Full Metal Alchemist, etc.  I enjoy absurd humor.  And a couple really strange animated shows that I've found over the years.

One of the last category was 'Samurai Jack'  (created by Genndy Tartakovsky ).  The plot is that a shape-shifting  evil wizard (Aku) takes over an ) Earth. world after defeating samurais.  One samurai's son almost defeats him but is cast into the future where the son can have no affect on his world-conquering plans.  So the son lives in a future utterly and completely controlled by Aku.

That world has all sorts of weird creatures on it, all dominated (some good, some evil) by Aku.  He helps the downtrodden while seeking a way to get back to the past and destroy Aku.  It went on for about 5 seasons, so I'm not going to bore you about episodes.

But he makes friends along the way.  In the final season (with a gap of 10 years).  His friends collect to fight Aku (and lose).  Aku cannot be defeated in the present (Jack's future).

The series ended with Jack finally back in his original time accompanied by a female ninja.  She (a daughter of Aku) had spent several episodes trying to kill him.  I should mention that while Jack destroyed a whole lot of robots, he never actually killed a single living being until the female ninja and her sisters cornered him.  His shock at realizing he had killed living beings was intense.  One survived.

But she saw a butterfly alight on Jack's finger and it triggerred a memory of her childhood (enough to change her mind about her father Aku teaching her that Jack was evil).

Jack's happiness is short-lived.  During the wedding, the female ninja fades away.  She was of the future and couldn't be Aku's daughter since he Jack had finally killed him in the past.  He finds a horse in the woods like one he had seen in dreams.  They go off-screen.  End.

I found the ending entirely satisfactory (how many TV shows actually have "endings" after all?) though many viewers were upset.   They wanted a longer fight with Aku.  They wanted a happier ending.  That wasn't the point.

Genndy Tartakovsky isn't into "happy endings".  He was examining loyalty, struggling, and persistence.

Genndy Tartakovsky is a minimalist animator (or at least directed his team to be).  His trees were simple and all the same.  His landscapes were sparse (nearly "road-runnish").  His characters were drawn in a simplified manner and if there was a group of them they were pretty much identical.  He wasn't concerned with the artistry so much as the message.  "Help other beings and they will help you".

Which gets me to the subject I really want to discuss. (and you thought I was done, LOL!)..

Two years ago, I stumbled across a new animation series.  It is called 'Primal'.  It was a newer Genndy Tartakovsky project.  I stumbled across it at the start.  I immediately recognized the artwork as his (from Samurai Jack).  I knew nothing about the show.

The series is scientifically absurd.  A caveman and a smallish type of T Rex bond and they struggle against unlikely huge snakes and bats and supernatural creatures.  I have to explain the bond though.

The caveman's name is Spear (for the weapon he used) and the half-sized T Rex type (something like "valapator").  Spear and Fang never spoke in the first year.  They both yelled a lot.  That in itself was interesting.  Spear's family was eaten by actual T Rexs.  Spear he sought revenge, and found Fang.  But  real T Rex ate her young and Spear attacked it as did Fang.  They drove it off.

Most absurdly, they formed a bond.  I know, "yeah right".  But I am OK with "the temporary suspension of reality".  He screams, she roars...  But somehow she understands that he helped her.

The first season, they just go around together struggling to survive among oversize bad critters.  The point was that they somehow got along.  And, again, never a word was said by either.  Yet you could understand what was going on.  It was extremely violent fighting "the nasties" but the occasional tough to the head and sleeping together showed the bond.

The 2nd season, things got more complicated.  Spear (presented as a bulky over-the-top Conan type) rescues a more advanced woman from a Viking-like culture.  He finally understands a word she says to mean her name.  Mira (could be Meera).

She is determined to return to her home and somehow a ship is built (I forget some details).  They sail away.  At some point, he repeats her name.  I saw that coming and was annoyed.  Spear isn't supposed to speak.  On the other hand, it is the only word he ever says (though he repeats her name in later episodes).

Season 2 is mostly about Spear and Fang accompanying Mira, Fang having a clutch of 3 eggs and some weird evil female ship captain/queen mostly being a pirate with a city-sized ship.  She controls the ship by having the crew's children in prison.  There is also one huge guy who can destroy nearly anything and anyone.

Spear is almost unstoppable.  Fang is of course violent and eats warriors for breakfast (literally).  But the huge guy defeats them.  He is controlled because the evil captain has his daughter.

They all defeat her and go on.  But there are signs that Spear and Fang are "wearing out".  But they find Mira's home island.  She is thrilled, but sad remembering the loss of her tribe.  Suddenly, she discovered that many survived.  They are welcomed into the new hillside village.

In an empty room he is offerred for sleeping, Spear blows charcoal over his hand.  And then (staring) draws the story of his life.   His parents, and children, the T Rex that ate them and Fang;s young  (Spear and Fang killed it earlier), meeting Fang, meeting Mira.  And a final blown hanprint with fingers closed.

Of course, it can't be easy.  A demon-enhanced old enemy appears.  The demon shoots fire.  It injures Fang badly and then spews fire on Spear.  Spear launches enough of an attack to cause The Master Demon (no explanation of that) to pull it down.

Fang is OK, but Spear is horribly burned.  The newest episode (Season Finale) showed Spear burnt and disfigured.  The Shaman treats him but leaves (which suggests no hope).  Mira kind of forces sex with him.

In the last scene, there are several of Fang's type of dinosaurs.  Mira is there, looking a bit older.  I girl cteen looking a lot like Spear and Mira combined is riding one of Fang's grown-up babies.

My conclusion is that Spear died, but that life goes on.  There seem to be debates on Reddit, but I'm not going to go there.

What saddens me (to get back to the original point).  I suspect the series is ended with Spear's death.  And that wouldn't be the worst thing.  It was an ending...

So a favorite show ended this week.  I feel sad about that.

I feel sad when shows I like end too. I do love comedies. I need a dose of one daily ( Big Bang Theory, Friends or Everyone Loes Raymond). I guess to each his or her own. :)

I like watching murder mysteries, and historical drama shows (Dickens, Austen etc). I do like watching Australian Rules football and rugby union (but not rugby league). Never been into soap operas/serials.

Now, THAT IS A HOLIDAY SHIRT! 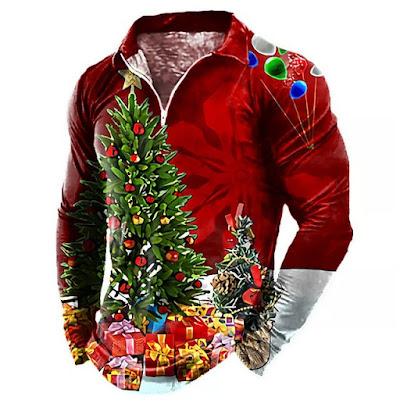 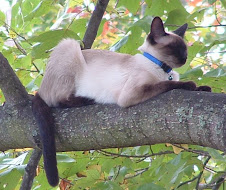